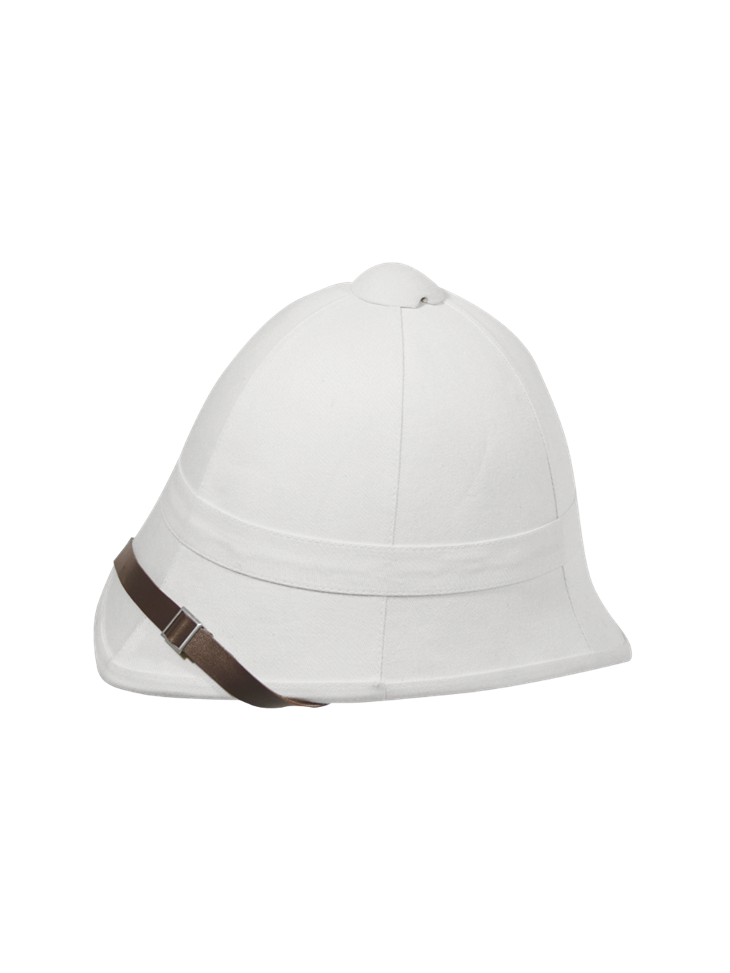 In what was then the British Empire, sun helmets made of pith first appeared in India during the Anglo-Sikh wars of the 1840s. Adopted more widely during the Indian Mutiny of 1857–59, they were generally worn by British troops serving in the Ashanti War of 1873, the Zulu War of 1878–79 and subsequent campaigns in India, Burma, Egypt and South Africa.[10]

This distinctively shaped early headwear came to be known as the Colonial pattern helmet.

Rigid body and brim covered in cotton outer and lining.